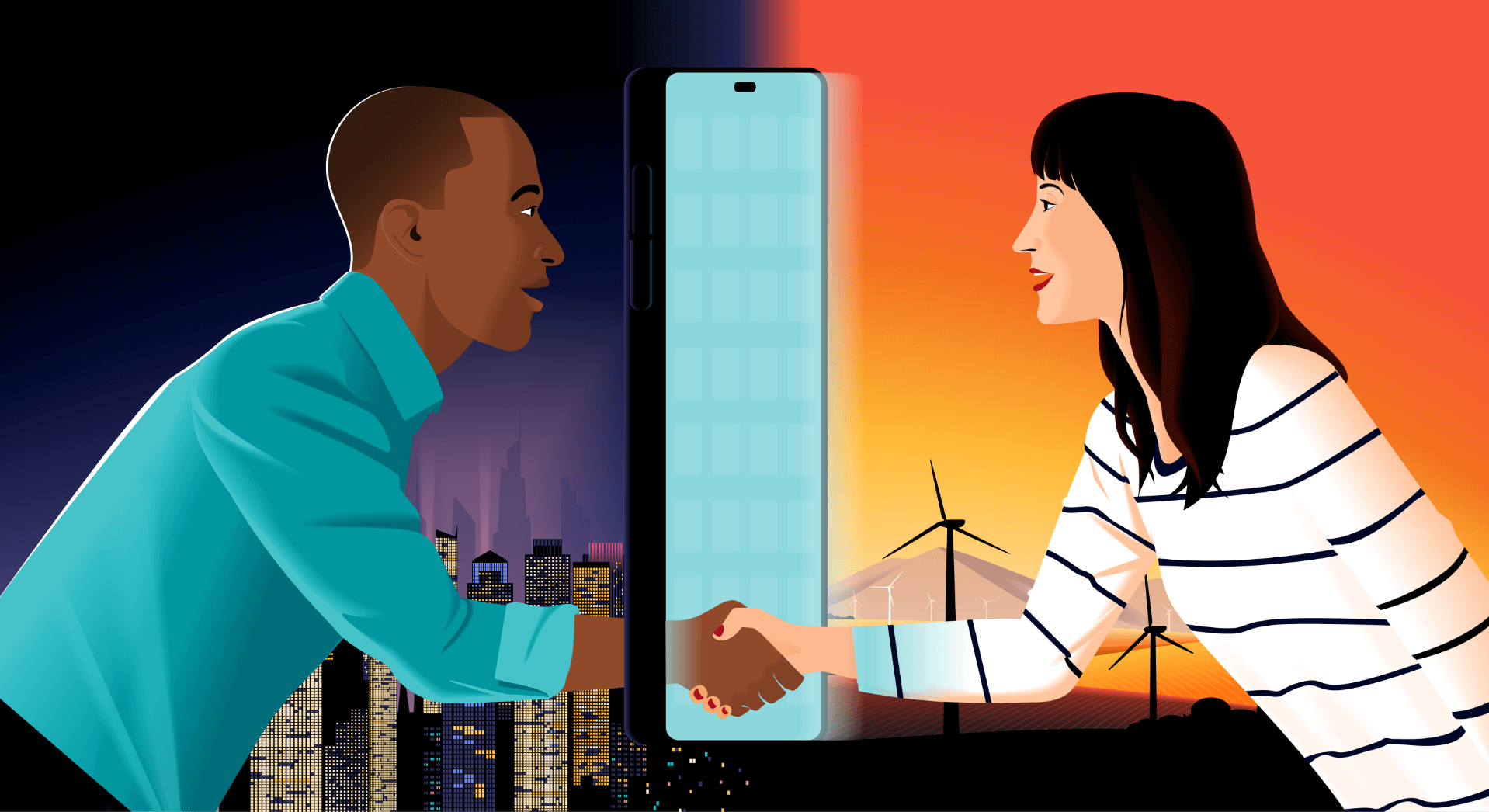 Folding the impossible into the
reality of normal life
Chris Hadfield

From spaceflight to medicine to renewable energy, we continue to see advances that could bring huge benefits to the world. Progress is a driving force of humanity, but what does that word “progress” really mean and what part in it do we have to play?

We could ask the great minds working in science, technology and the arts across the globe, and they would all have their own ways of explaining it. Their experiences and aspirations would shape their explanations – I'd like to offer my own.

I've been lucky enough to orbit the world approximately 2,600 times – one of the perks of being an astronaut and commander of the International Space Station (ISS). The first time around, it was simply overwhelming. After a while, I started to see the world differently. I started to see it as one shared place. Seeing the entire world in 90 minutes from the ISS, and then seeing it over and over again, offers a unique perspective of our planet and the shared experience of humanity itself.

We live in unique times. Never before has humanity had such an informational awareness not only of itself, but of a bigger picture. We now possess knowledge of cultures around the world, our biology, the environment, our planet… the universe. Most of this awareness can be attributed to the technological progress that we are making as a species. At the same time, the nature of people, as individuals, hasn't changed much over thousands of years. Our ancestors probably woke up in the morning with thoughts very similar to ours. They probably had similar goals – do something meaningful, take care of your family and contribute to your community, stay aware of your surroundings to stay safe, and hone your skills. Of course, they probably had other goals that weren't so peaceful or constructive.

The closer you get, the less you see

The combination of ever-faster technological development and relatively stable human nature, I believe, may have created some confusion for all of us. Let me demonstrate with two examples. Firstly, quite a surprising fact appeared in the news in 2020 – more and more people are growing an artery that we didn't have before. We know this thanks to scientists' opportunity to observe human evolution in real-time. This isn’t a small genetic difference, but a (presumably) species-wide change in our cardiovascular system. This is surprising to us, because we tend to look at the world in the context of our lifespans. Simply acknowledging that there are things happening outside our field of influence and over time-spans longer than our minds were built to absorb, is quite difficult. Acting upon this information is almost impossible.

Secondly, there's this notion of the lone genius that, in some cultures, we tend to glorify. A person that, allegedly, has helped humankind to progress on their own. A brilliant scientist or successful businessperson are the most obvious examples. In the cultural whirlwind these people tend to create, we often forget that there's always a wider context – all the knowledge they build upon. We forget that no one really made significant advances without knowledge of the work of others before them. No one gave birth to themselves, suckled themselves or changed their own nappy. No one single-handedly built the infrastructure around them, built the power grids, the roads, houses, or technology. Who "created" fire or invented clothing? Breaking out from this narrow, individualistic perspective is very difficult.

Our technological progress is a double-edged sword – providing both threats and opportunities. It's up to us to decide the direction we take. Some time ago, on a dry hillside in Africa, archaeologists found some stones on the ground. One of our earliest forebears had squatted down, struck a stone and created a sharp edge. This edge could have been used to cut meat or to break open some sort of fruit – improving the user’s quality of life. Of course, it could also have been a weapon. Even with that very first shaped stone, there are good and bad sides to technology. Technology, by its very nature, is a great enabler to improve the quality of human life, but it can also be used for destructive purposes. Just like our early ancestors, we must always be aware of how we are using our technologies. How are we allowing them to shape the overall collective health of the future of all of us? Technology gives us that choice.

Standing on the shoulders of giants

How do we figure out the path to a positive future? In my opinion, a great start would be acknowledging that we are the lucky recipients of the contribution of countless people that have gone before us. We are just the next group of people lucky enough to have that legacy of accomplishment. Hopefully, we can raise the bar a little higher, move technology a little further, and give following generations a slightly better chance than we had. The history of spaceflight is not just da Vinci, the Wright brothers, Tsiolkovsky or Goddard. It's wings, propellers, the combustion engine, rockets, and a shared ambition to become free of the constraints of gravity.

Building a society where we can thrive as individuals is crucial, because that's what makes raising the next generation possible, but at the same time we have to create an environment of collaboration and a common ambition to achieve goals greater than ourselves. How can we help to change technology, or the way we look at it, or the way we educate our children, so that it gives us a greater chance in the future, not just of survival, but of a brighter future where people can realize their true potential?

How can we contribute, in our little way, using our own individual abilities to influence others positively? If we can make that our mantra, then maybe we can shift our own particular objectives to some degree and begin working towards making impossible things happen. That's the first step, after which we can start folding the impossible into the reality of normal lives and making it beneficial for everyone on (or off, for that matter) this planet. This is what I believe true human progress means.

Chris Hadfield - Astronaut, Engineer and Pilot
The first Canadian to walk in space, Chris Hadfield has flown two Space Shuttle missions and served as commander of the International Space Station. He’s also the first astronaut-influencer to popularize astronomy and bring outer space within our reach.